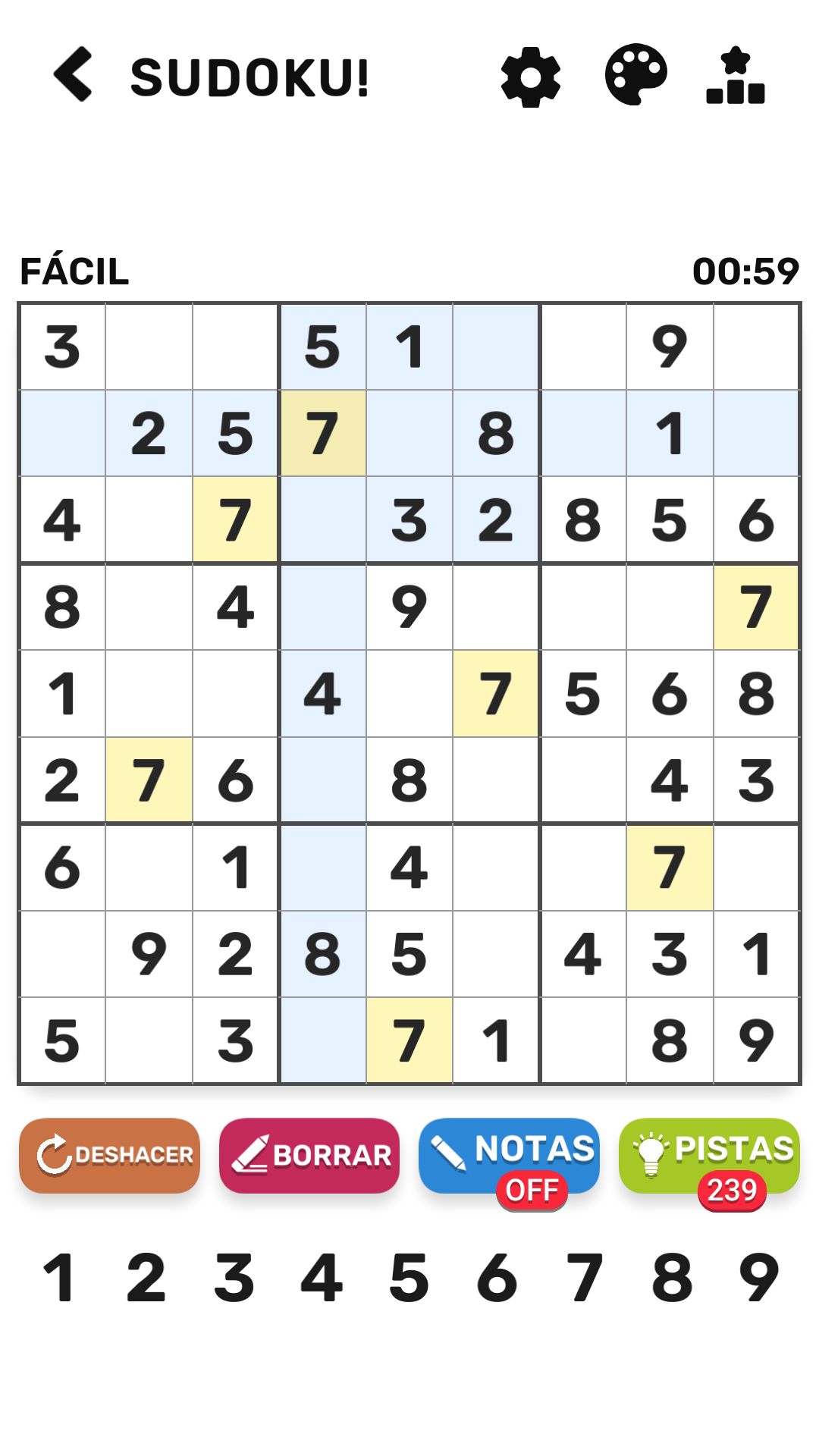 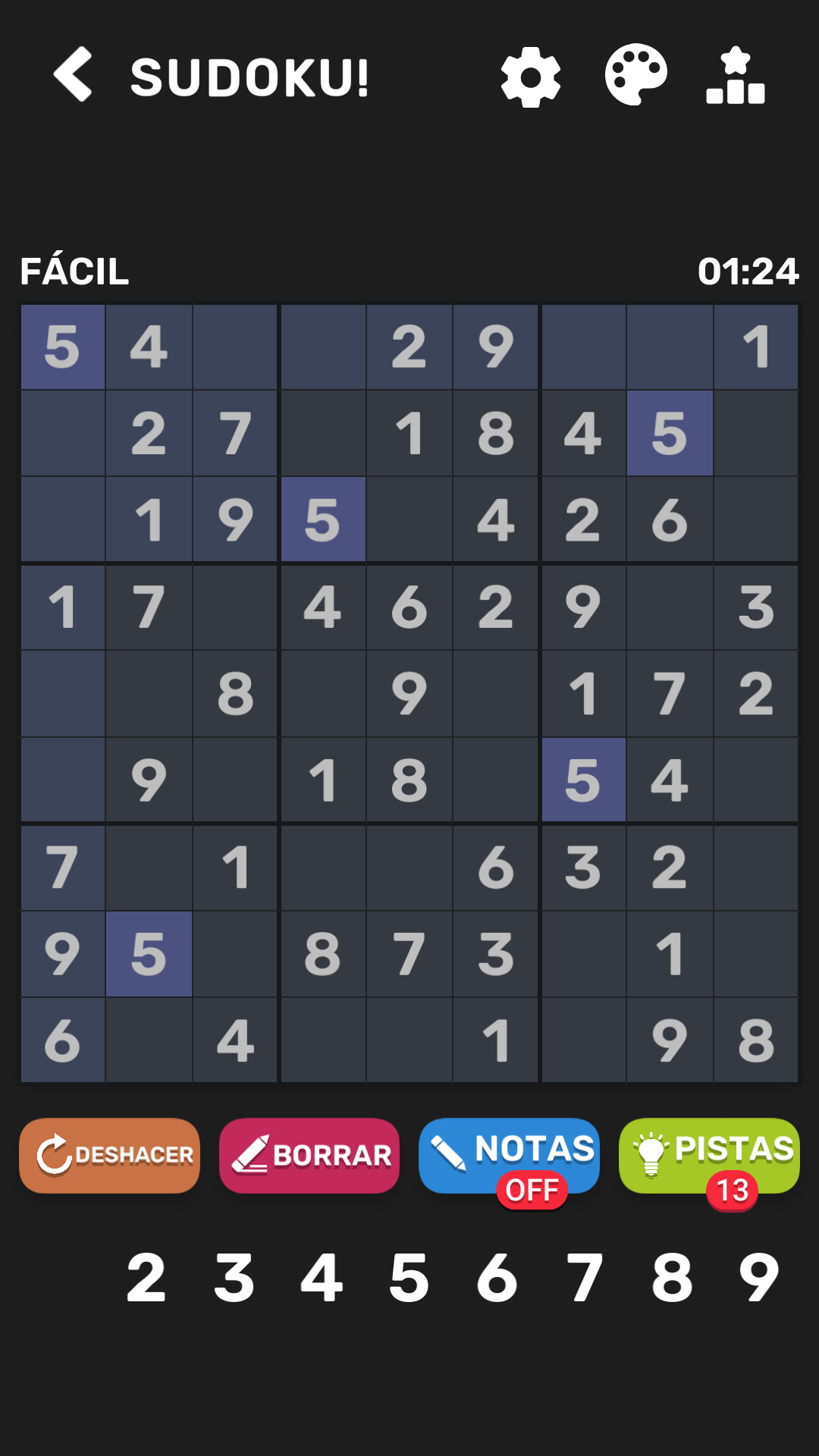 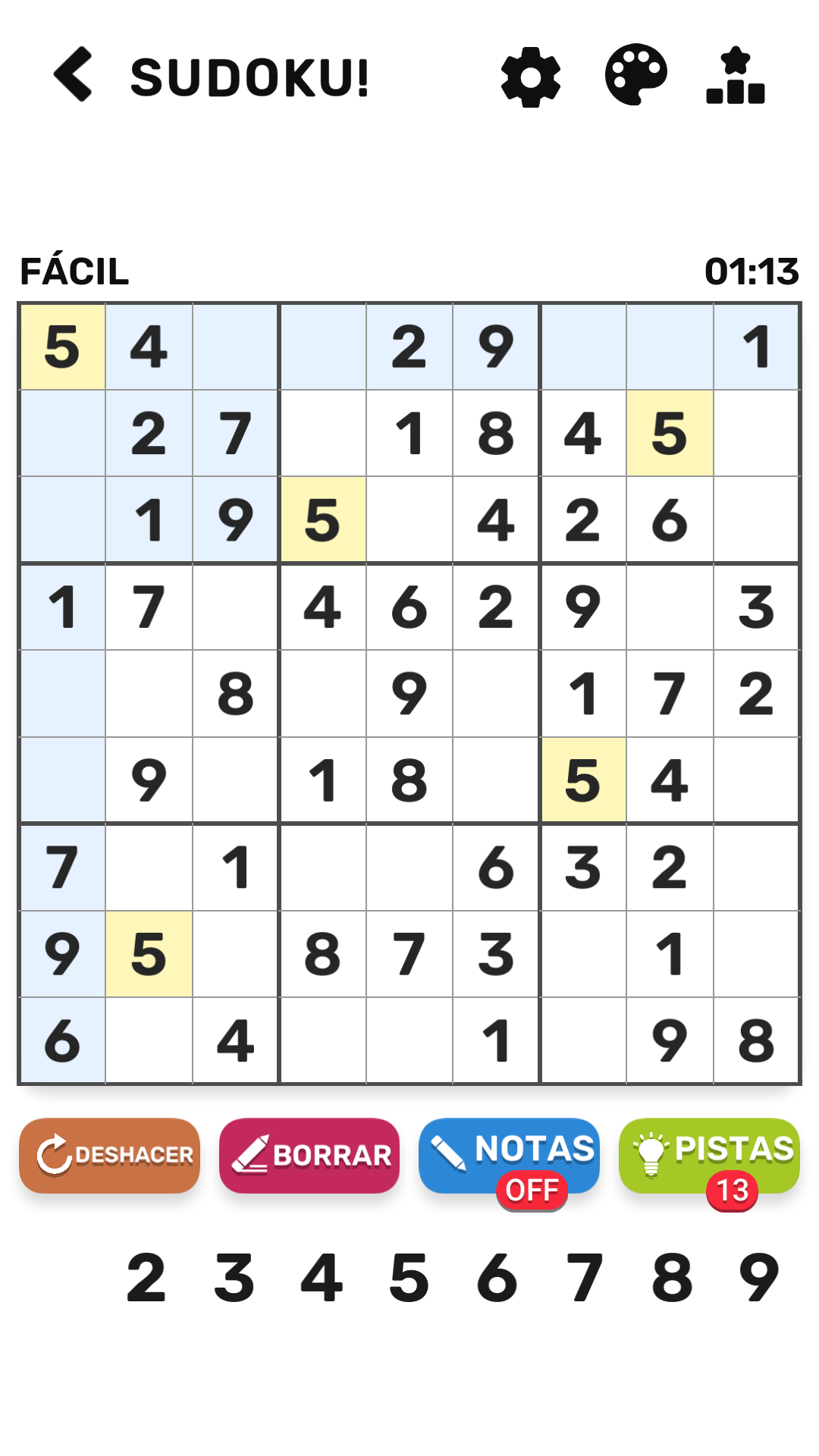 Sudoku ✏️ is the classic sudoku puzzle game to train your brain totally free! Sudoku puzzle app is easy: write the numbers without repeating any in the same row and column!

Sudoku puzzle makes you have better memory and more logical. Includes three types of Sudoku according to difficulty: Easy Sudoku, Normal Sudoku, Hard Sudoku. Thousands of instantly generated puzzles for you to become a Sudoku Master.

Sudoku features: - Hundreds of puzzles - In-game help - You can take notes - Lots of medals and trophies